“LOT, or Landing On Tempelhof”. The former airport in the centre of Berlin (and in the past also a parade field for the German army, a military restricted area, an airlift), currently a new, open public space, is yet again the site and context of my work. The phrase “Landing on Tempelhof” is related to the series of hijacking LOT Polish Airlines airplanes and directing them to West Berlin that took place in Poland in the 1980s. My work interferes in the linear character of time, employing the method presented in the “Camouflage class”. 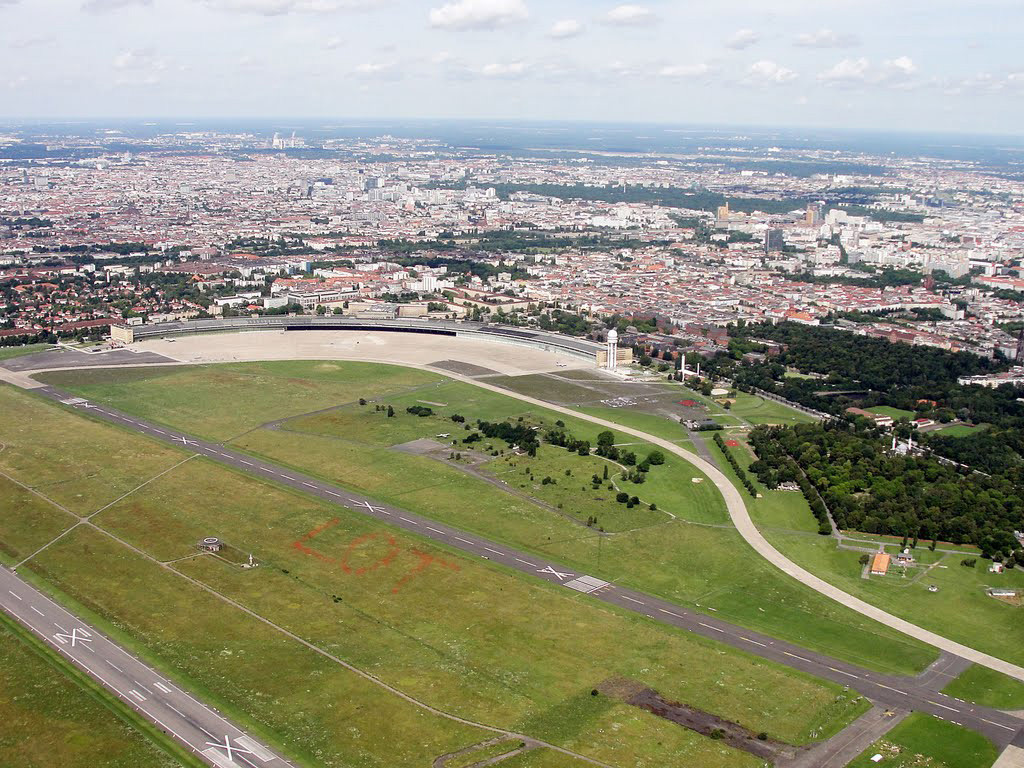 Project of an inscription made from the poppies that could be visible for the hijackers. 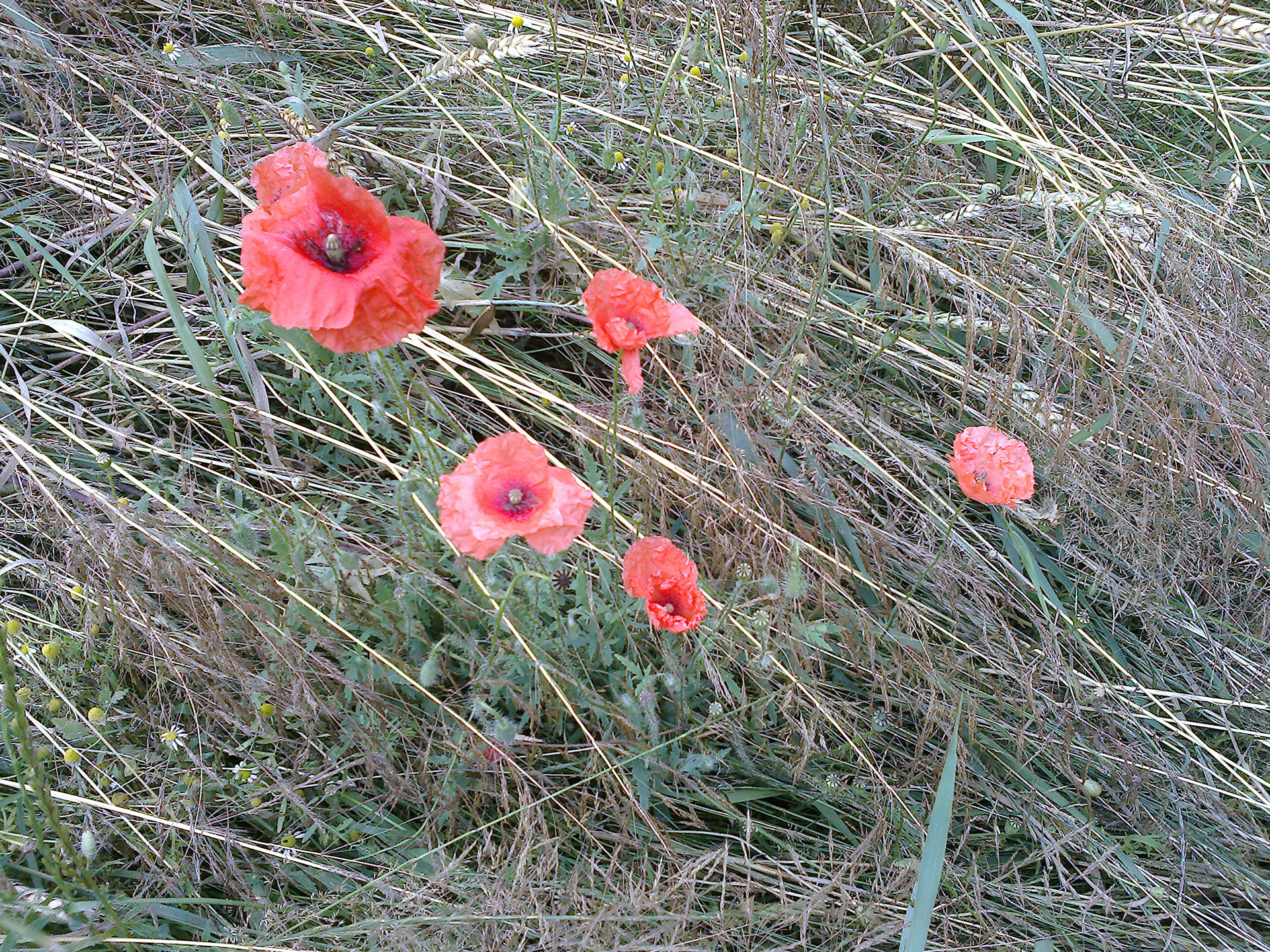 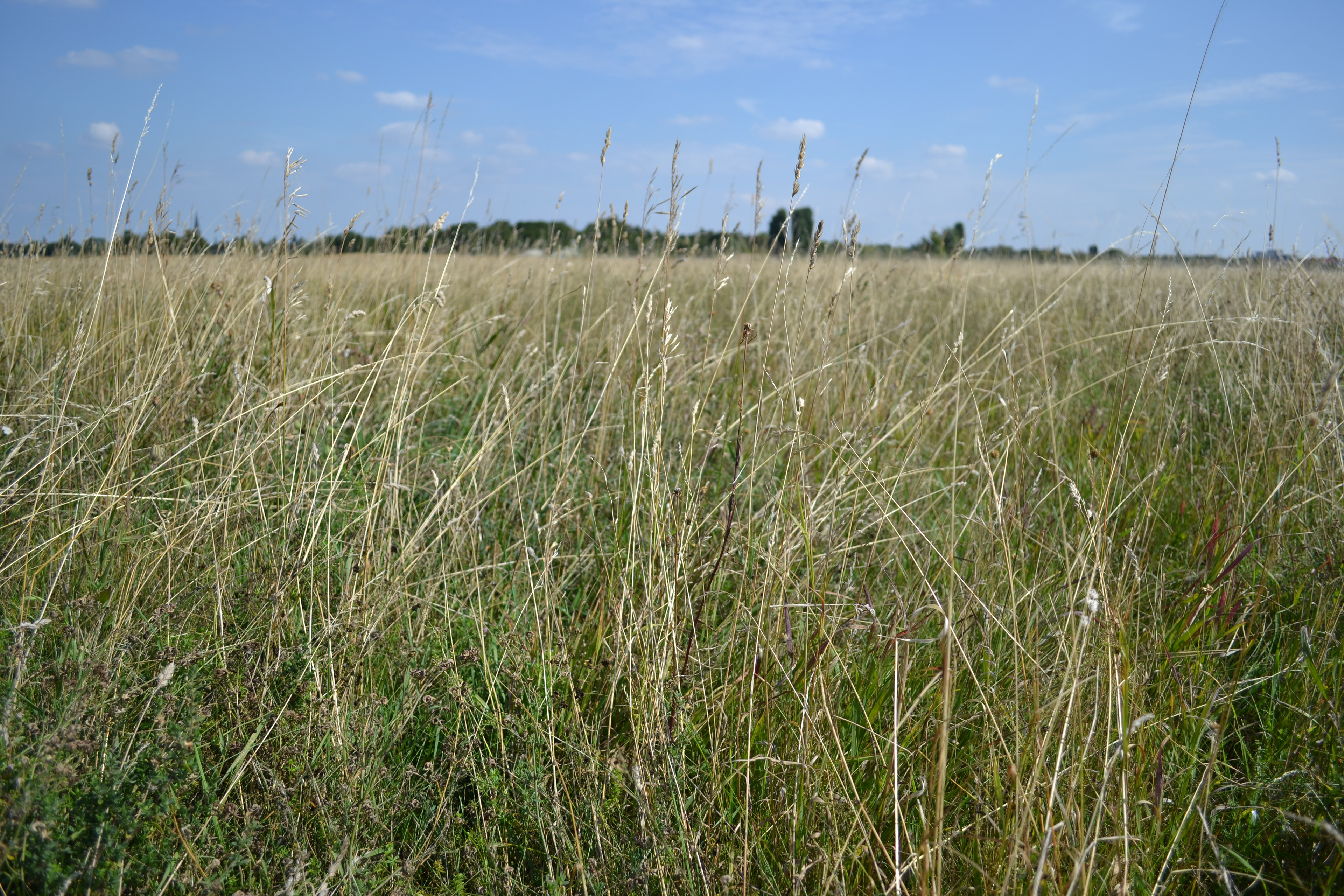 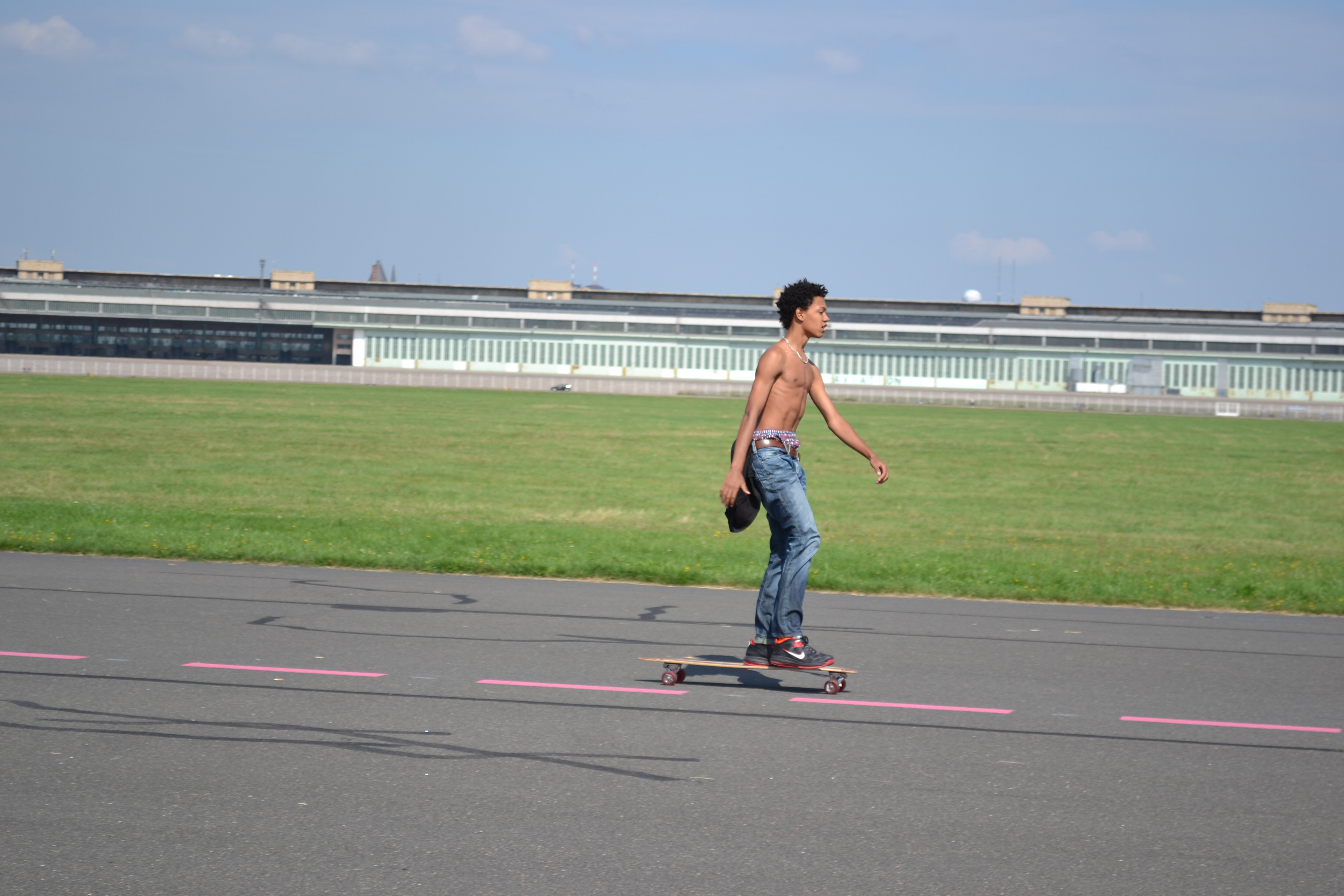 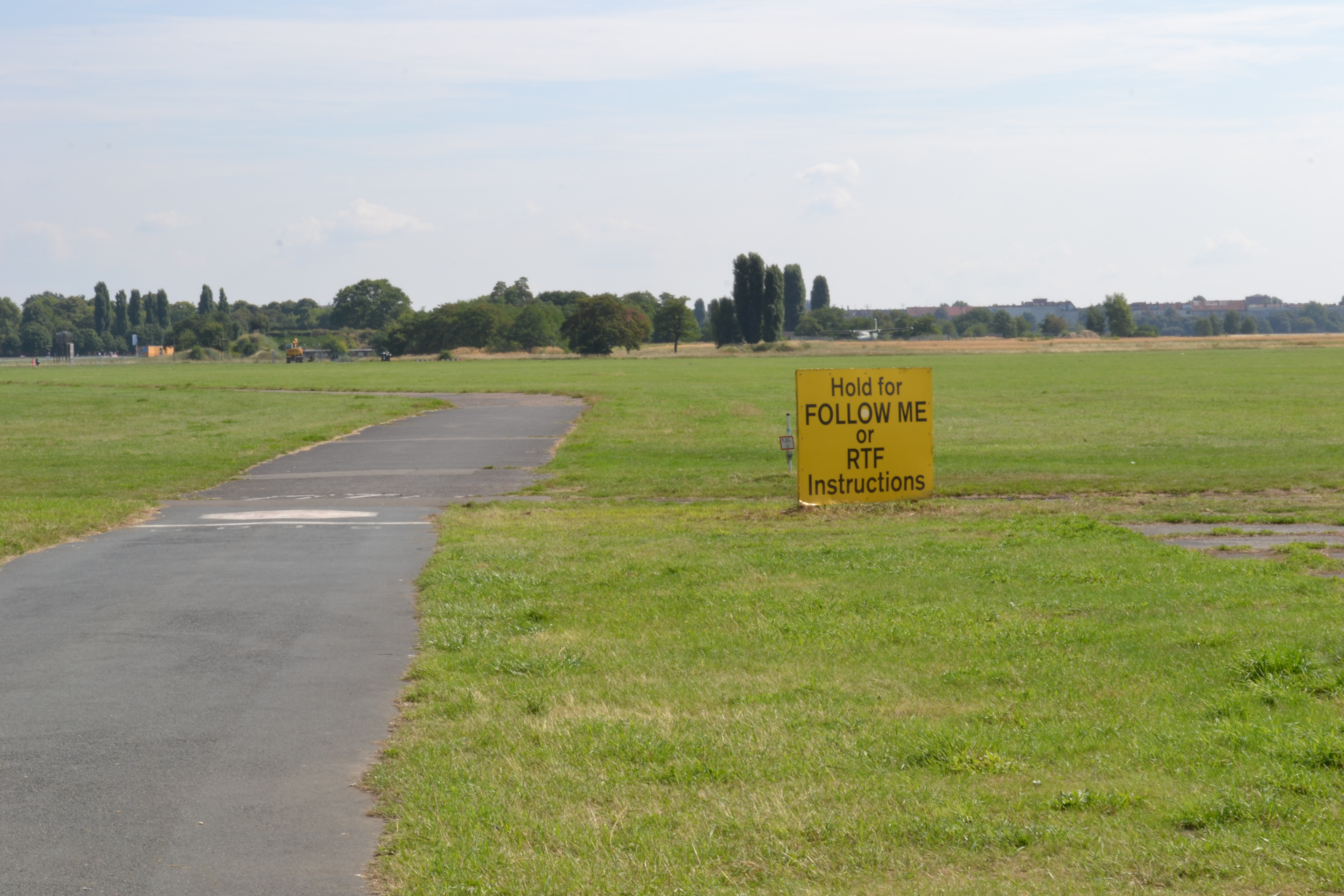 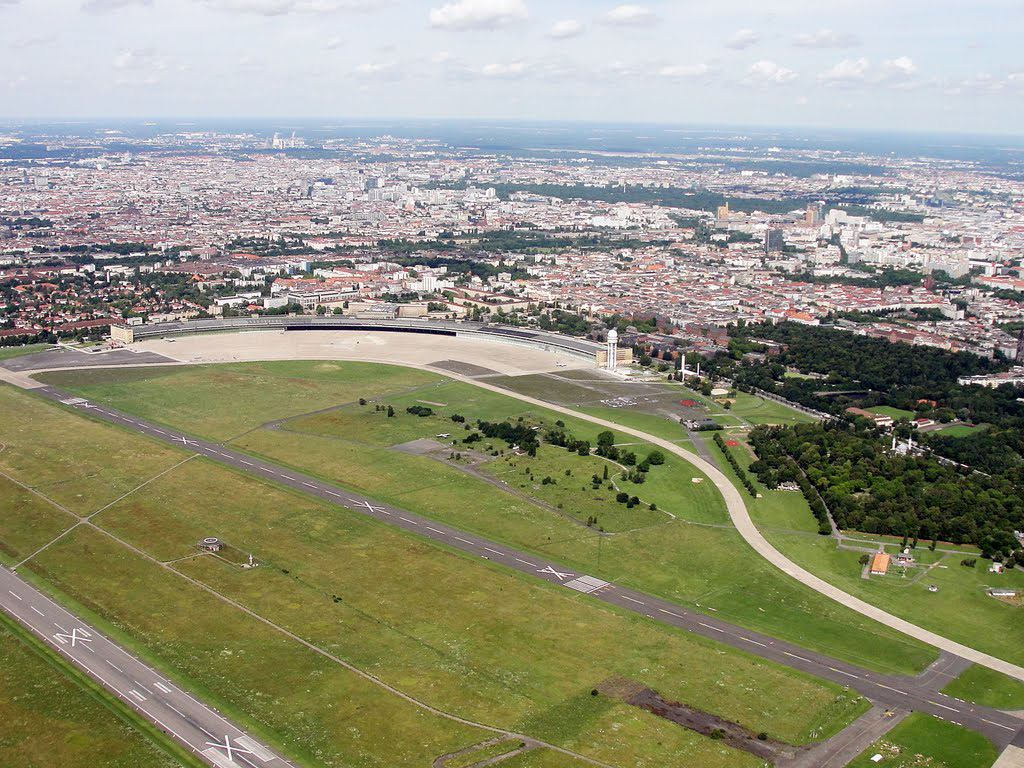 The forest swastika was a patch of larch trees covering 3,600 m2 (4,300 sq yd) area of pine forest near Zernikow, Uckermark district, Brandenburg, in northeastern Germany, carefully arranged to look like a swastika. It is unclear how the trees came to be planted and arranged in such a fashion. A theory is that a zealous forester convinced local Hitler Youth members to plant the trees in commemoration of Adolf Hitler’s birthday. One source maintains it was planted by a warden, either out of support for the Hitler regime, or due to an order from state officials. For a few weeks every year in the autumn and in the spring, the colour of the larch leaves would change, contrasting with the deep green of the pine forest. The short duration of the effect combined with the fact that the image could only be discerned from the air and the relative scarcity of privately owned aeroplanes in the area meant that the swastika went largely unnoticed after the fall of the Nazi Party. During the subsequent Communist period, Soviet authorities reportedly knew of its existence but made no effort to remove it. However, in 1992, the reunified German government ordered aerial surveys of all state-owned land. The photographs were examined by forestry students, who immediately noticed the design.
http://en.wikipedia.org/wiki/Forest_swastika
http://zhistorii.blogspot.com/2015/06/lesna-swastykahitlera.html

Victory Gardens
Where the Nazi’s sowed death, a Londoner and his wife have sown life-giving vegetables in a London Bomb crater. Official British photo. A victory garden in a bomb crater in London during WWII.
By Office for Emergency Management. Office of War Information. (06/13/1942 - 09/15/1945), Photographer (NARA record: 1138532) - U.S. National Archives and Records Administration, Public Domain, https://commons.wikimedia.org/w/index.php?curid=16573550